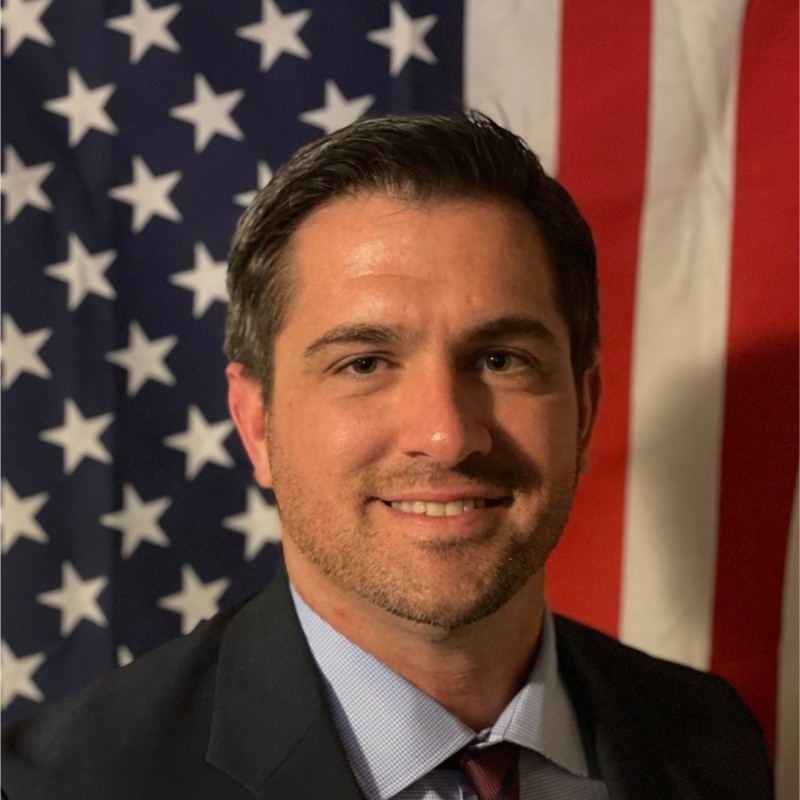 We had a wonderful turnout for the 2022 school Veterans' Day Program.  Our speaker was Major David Stott. We have had requests for Major Stott's info and speech to be posted.  Please find that information below:

David began his service shortly after September 11, 2001 when he joined the US Marines.  Over the course of 4 years in the Marines, David served at Marine Barracks 8th and I, and then Presidential Security assigned to the White House Communications Agency.  Following that tour, David was sent to 2nd Battalion 3rd Marines in Hawaii where he performed his job as an infantryman during a deployment to Afghanistan in support of Operation Enduring Freedom.  While in Afghanistan, David’s unit took part in securing the first elections in Afghanistan, and took part in Operations Red Wings, Oilers, and Whalers.  Shortly after his return from Afghanistan, David was done with his enlistment with the Marines and decided to pursue his dream of being a police officer.

He subsequently joined the Kearney Police Department in 2006.  While serving as a police officer, David realized he missed the camaraderie of the military and joined the Nebraska Army National Guard.

While serving in the Guard, David made the choice to go to Officer Candidate School.  In 2009 David was commissioned as a Second Lieutenant.  He served as platoon leader in Lexington, McCook, and Kearney as well as commanding officer for the headquarters detachment for the 734th Transportation Battalion.

Following his time in Kearney, David served as a Platoon Trainer/Instructor for Officer Candidate School in Ashland, NE.

He then became the Personnel Officer for the Aviation Battalion in Grand Island, NE.  While assigned to the Aviation Battalion, the unit took part in multiple emergency responses to include Hurricane Harvey/Irma, wildfires, and played an integral role in the response to the historic 2019 flooding in Nebraska.

David then took the Executive Officer position for the 734th Combat Sustainment Support Battalion and was promoted to Major.  While assigned to the 734th, the unit undertook historic and unprecedented measures to support COVID response and civil unrest situations in 2020.  The unit deployed to Qatar in 2021.

David was retired from the military on 06 November 2022.  He currently lives with his wife Annie, and four children, Nathan, Trevor, Macs, and Charlee in Kearney. (3 of the 4 kids attended Zion pre-school!)

--Thank you for having me—this is extra special for me as 3 of my kids went to preschool here….still love it!

--I’d like to start off today by reading some words that were written and shared by Andy Stumpf.  This was written a few years ago, but the words still mean so much today on Veterans Day.  Not just for those of us that have served, but hopefully strike a chord for everyone.

A Debt That Cannot Be Repaid by Andy Stumpf

In a country that most would struggle to find on a map, in a compound that few possess the courage to enter, men from my previous life took the fight to our enemy.

In that compound, a man you have never met gave everything he had, so that YOU, have the freedom to think, speak, and act however you choose. He went there for all of us, whether you loved him, or hated what he stood for. He went there to preserve the opportunity and privilege to believe, to be, and to become what we want. This country, every single person living inside of its borders and under the banner of its flag, owe that man. We owe that man everything. We owe him the respect that his sacrifice deserves.

Saying thank you is not enough.

We send our best, and lose them, in the fight against the worst this world has to offer. If you want to respect and honor their sacrifice, it needs to be more than words. You have to live it.

Take a minute and look around. Soak it in, all of it. The good, the bad, and the ugly. You have the choice, every day, as to which category you want to be in, and which direction you want to move.  You have that choice, because the best among us, the best we have ever had to offer, fought, bled, and died for it.

Don’t ever forget it.

--With that, please let’s take a moment to honor all the veterans that are here with us today!

-This day started out as Armistice Day.  It recognizes the fact that during World War I, on the 11th hour, of 11th Day, of the 11 Month in 1918, fighting had ceased between Allied Nations and Germany.

-In 1954, President Eisenhower signed an order which officially changed the word Armistice to Veterans.

-Today, we celebrate VD with parades, ceremonies, days off work, and the occasional meal.

But it means so much more to those of us that have served.

One of the things it means, is just that service.  Veterans, whether it was 2, 4, or 20 years, sacrificed time with their loved ones to serve this nation, to serve you

-Many veterans have sacrificed beyond what we can imagine.  They have sacrificed their physical and mental well being so that all of us in this room can live free in a safe place.

Examples of duties in the military

This service also means life long friendships.  When today rolls around, we get phone calls and messages, and it is like there has been no separation of time.

The other thing that comes to mind is patriotism--

Many different reasons to join the military, we all had them.

-Story of Marines joining because of the blues.

-But each of us at some level, joined because of love of country, patriotism.

-I would say this, as a veteran, you don’t have to join the military to be a patriot.

--do things that require you to give of yourself, do things that support the beliefs we have in this country, things like voting.  No matter who you support, this is a patriotic act, and we are lucky to be able to do it.

-I was in Afghanistan for the first elections, the excitement I saw.

-Finally, I will say many people wonder how to thank veterans.  What words can truly say Thank You for the sacrifices made?  I will say that I am truly humbled when people say thank you, there are times I don’t feel like I deserve it.  But what truly humbles me is to see people live their lives to the fullest extent they can under the freedoms that veterans have ensured them.